At the time Giovanna Holbrook purchased the property that would become Selva Verde, land use in the Sarapiquí region was already experiencing intense competition between mostly large monoculture plantations such as banana and later pineapple, small farms, and ecotourism. Through the establishment of Selva Verde Lodge,300+ acres of primary rainforest and 200+ acres of secondary rainforests are intact and thriving. Your visit to Selva Verde contributes to the ongoing conservation of this rainforest sanctuary and to the sustainable development of the region! 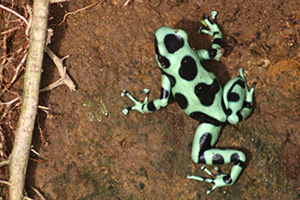 Selva Verde’s conservation mission gained new purpose with the establishment of the San Juan-La Selva Biological Corridor. Through this initiative, Selva Verde became part of a much larger conservation initiative linking natural areas from Mexico to Panama as part of the Meso-American Biological Corridor. Selva Verde's 475 acres of rainforest provides critical habitat for rainforest wildlife – but it is not enough. We are actively working with our neighbors to connect Selva Verde to other rainforest reserves in the region. 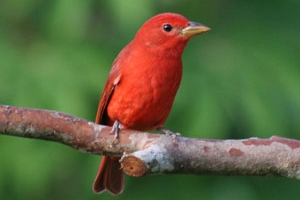 To further the conservation of the region, Selva Verde founded the Sarapiquí Conservation Learning Center (SCLC) in 1993. Together with the vision of Giovanna Holbrook and Bertha Carter, Selva Verde's first manager, the SCLC established links to communities for conservation through community development and rural tourism. The SCLC is now a fully independent nonprofit working to achieve a sustainable future for the people and wildlife of the region.

Selva Verde’s status as a Conservation Pioneer can be seen in many ways. First and foremost is the fact the business supports a Private Reserve that is part of the National Registry of Private Reserves in Costa Rica. Additionally, its role in the establishment and on-going support of the Sarapiquí Conservation Learning Center, a non-profit organization focused on connecting communities with conservation through community development and community rural tourism. Finally, Selva Verde is part of the local committee of the San Juan La Selva Biological Corridor.