The night of September 9, 2022, during a night hike, our guide Randy Alvarado managed to spot in the primary forest of Selva Verde Lodge a species that is exceptionally hard to find in Costa Rica, a velvet worm (Onicóforo in Spanish). This is one of the oldest living beings in evolutionary terms, as it is known they exist since the Cambrian Period, more than 515 million years ago.

Velvet worms were first described in 1826 by Lansdown Guilding, who thought they were mollusks. Today, it is believed there are around 180 species of velvet worms, whose phylum name is Onychophora, which derives from the Ancient Greek for “nail/claw” and “bearing,” since every single one of its many extremities ends in claws. In text books, they are referred to as velvet worms, but in Spanish they are just called worms or, mistakenly, slugs.

They have small eyes, antennae and multiple pairs of legs. They hunt small insects such as termites, crickets, spiders, and ants, and they capture their prey by shooting a glue-like liquid out of their tiny mouths. It is possible to find them in tropical regions in the Americas and the southern hemisphere. The two existing families of velvet worms are the Peripatidae and Peripatopsidae. 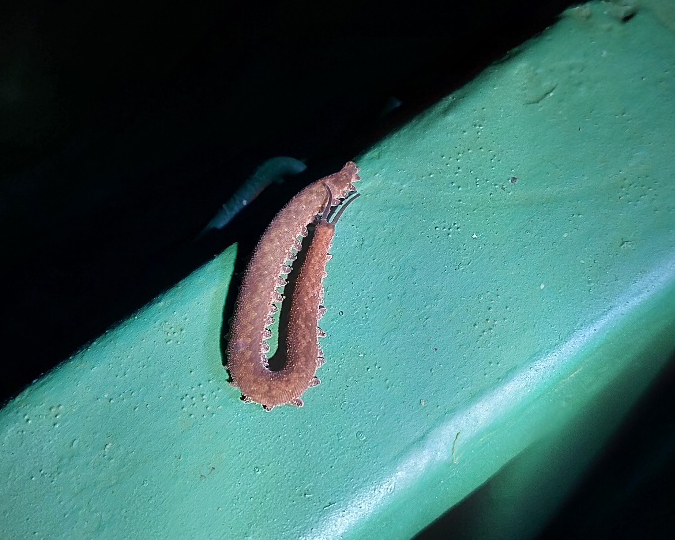 They show a peculiar distribution, where the Peripatidae are predominantly equatorial and tropical, while the Peripatopsidae are found in areas of the southern hemisphere with temperate climates. It is now known that this distribution originated after the rupture of the ancient supercontinent of Pangea, which started fracturing around 200 million years ago.

This is the first velvet worm spotted at Selva Verde Lodge, and we are very happy and hoping to continue adding new species to our data base.