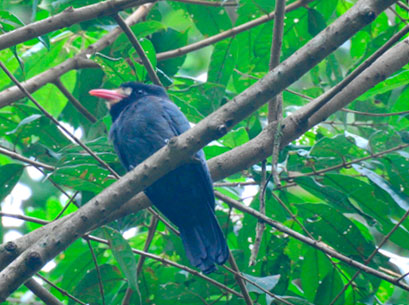 Selva Verde Lodge & Private Reserve is widely known for its biodiversity. Home to a large number of mammals, birds, amphibians, reptiles and insects, it is also one of the strategic spots for bird watching in Costa Rica. The reserve boasts a bird count of around 400 species including migratory birds.

Selva Verde is visited by all types of tourists -- from those who want a hotel retreat in the middle of the tropical rainforest, to those who come in search of a specific species of flora or fauna. 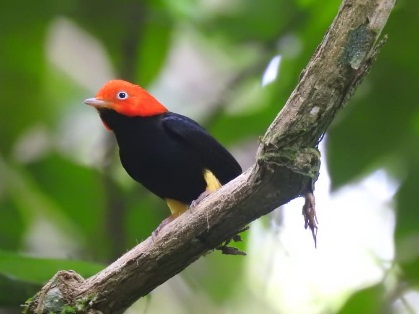 This was the case for our recent guest, Mr. Divir Barkay who is visiting us from Philadelphia with the goal of seeing and photographing the prized manakins in our region. Mr. Divir was accompanied by Randy Gomez, one of our talented naturalist guides in Sarapiquí, who was given the challenge of finding the best spots to observe and photograph this species in our area. Manakins are famously elusive, so this was no easy task! Manakins are very striking not only for their beautiful and bright plumage but also for their courtship practices, engaging in complex dances to attract their females. 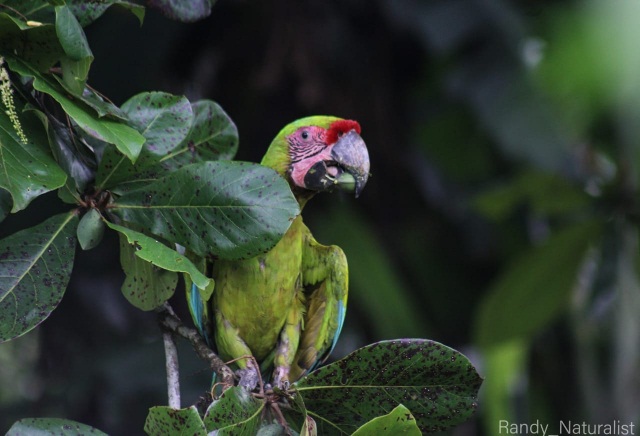 Among the other show-stopping species in our region is the magnificent Great Green Macaw, a critically endangered species that is a keystone conservation species of the San Juan La Selva Biological Corridor into which Selva Verde’s private reserve is part. Their raucous cry is very often heard in the morning and the late afternoon at the Lodge as it flies high overhead or alights in the secondary forest area near our bungalows.

The Almond trees that are abundant in our and adjacent reserves are both its nesting habitat and main source of food. In addition, you can find toucans, motmots, trogons, and very small species such as the warblers, both resident and migratory, and very majestic and large birds such as the guans. 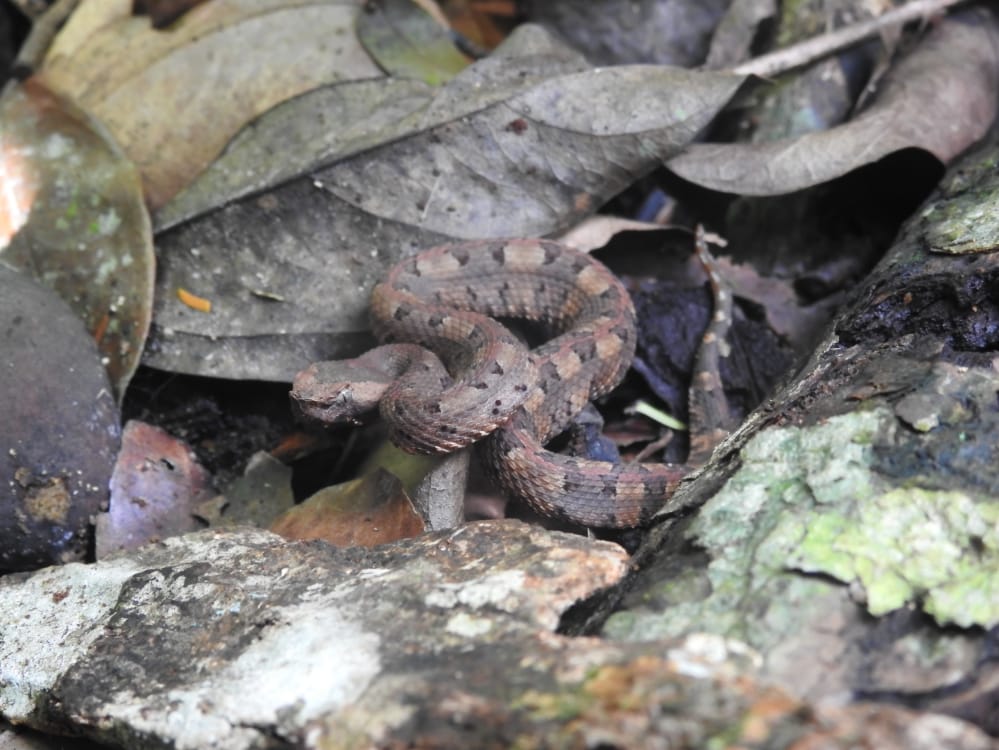 While birds often steal the show here at Selva Verde, even so we cannot fail to mention the amazing variety of reptiles that we have in the Reserve. Perhaps one of the best known is the fearsome fer-de-lance, one of the most venomous snakes in the country, and one of which causes the most incidents due to its wide distribution and its easy adaptation to different habitats. It is always a possibility to see this majestic snake in the forest which is why we always recommend being accompanied by a naturalist guide during hikes in the reserves. As you can see from our photographs here below, these vipers have extremely good camouflage. 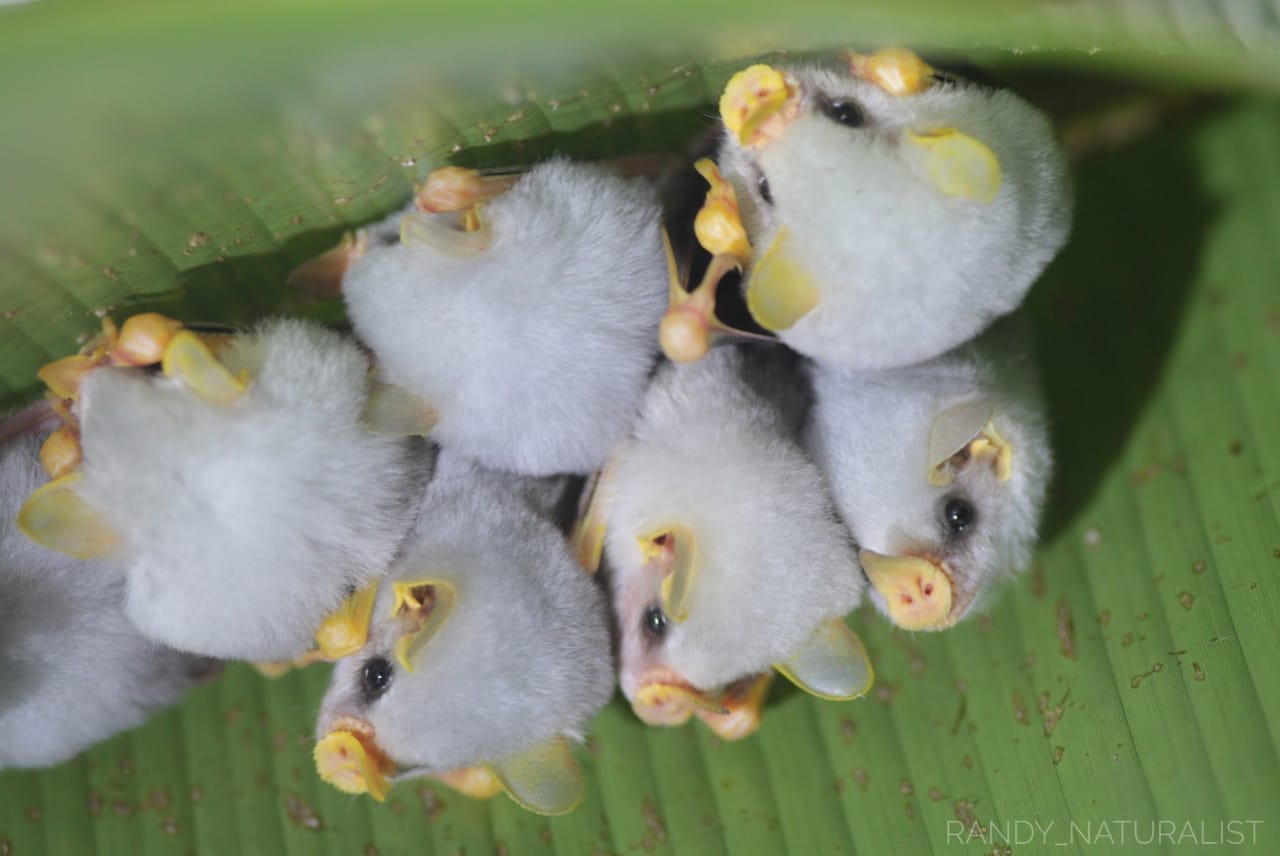 It should be noted that Bothrops asper or fer-de-lance, like so animals in the wild, do not attack if they are not disturbed. That is why whenever we walk through the forests, we must make sure that we walk carefully and always focus on the path. And our guides have the ability to find many more species than we are likely to see on our own and at the same time keep us informed about the danger, importance and natural history of these species, like the Honduran White Bats as seen here. 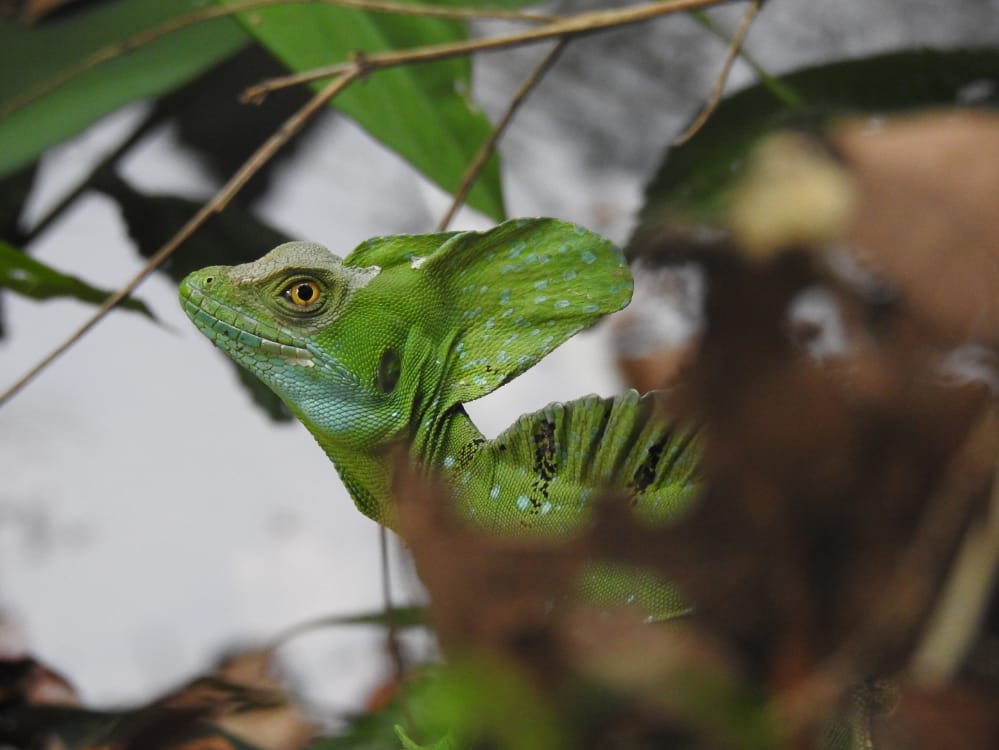 There are also many harmless reptiles such as the very prized emerald basilisk also known as the “Jesus Christ lizard”, for its ability to race on top of water when it feels threatened or there is a predator nearby. Usually on this hike through the forest we have the opportunity to observe mammals such as howler monkeys, white-faced monkeys, spider monkeys, bats, and sloths among others. 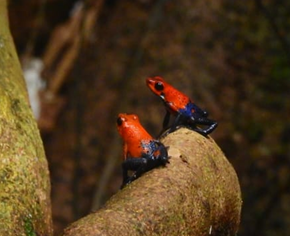 We also find diurnal amphibians such as poison frogs, which are abundant here in the Selva Verde Reserve.

As Mr. Barkay’s day ends, the magic of the tropical rainforest was on display and caught on film, and tomorrow will be another day.