Selva Verde Lodge & Private Reserve is Cooler than Ever! 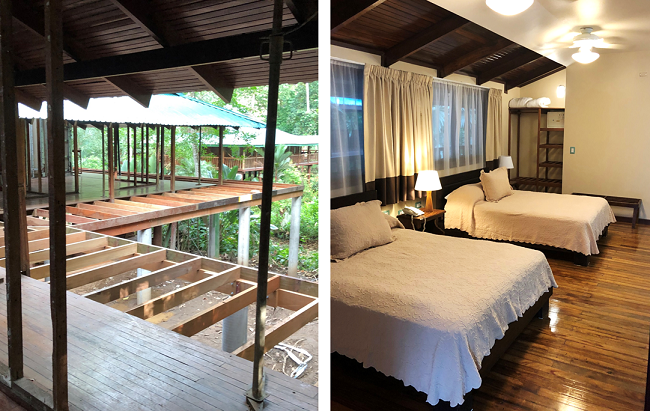 Selva Verde is finishing up the renovation and remodeling of its Sarapiquí Rooms this Fall.

By late October or early November all our Sarapiqui Rooms will be up the same standard – enlarged, lots of high quality double-paned windows with screens, fully air-conditioned with remote control mini-split units, spacious and open.

For those that are familiar with Selva Verde Lodge, the forty Sarapiquí Rooms make up the majority of our rooms and they are considered our standard rooms. Prior to beginning the work in 2018, we had some rooms that were considerably smaller than others. Our task in the project was to bring all of the rooms to the same size, to insulate the rooms for better sound insulation and temperature, and to air-condition them.

With the final 8 rooms over by the River undergoing remodeling in August – October, we are so pleased to have this phase completed in the Fall.