“Your presence here is changing the way this country is developing. By investing your time and resources to come to Costa Rica to enjoy its biodiversity, you add value to it, and thus to the country.” 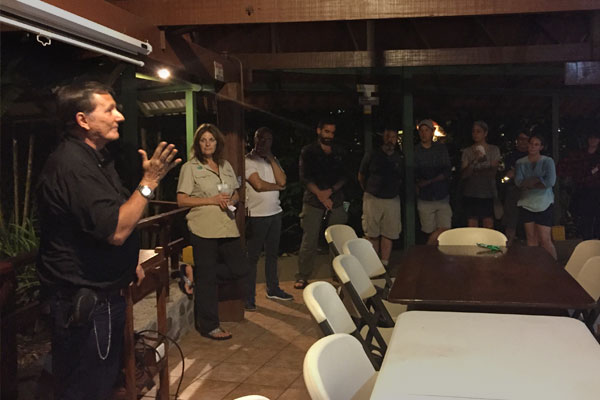 Dr. Carlos de la Rosa, the director of the Organization for Tropical Studies (OTS) at La Selva Biological Station, wrapped up the inaugural Costa Rica International Birding Conference (CRIBC) with that lasting message.  During the previous three days, participants at the conference had met with experts, explored the rainforest, and came away with a greater understanding of conservation in Costa Rica – and the important role that ecotourism plays.

Today, 27% of Costa Rica’s land is protected by law, and the country is a world leader in conservation initiatives. But it wasn’t always this way: in the 1980s, Costa Rica had the highest deforestation rate in Latin America, posing a huge threat to its own rich biodiversity living among the trees.

So how has Costa Rica become a conservation success story?  Many people think about the concept in terms of planting trees and protecting endangered species, but it’s only one piece of the puzzle. Costa Rica’s conservation landscape connects business, science, agriculture, economics, and tourism, and all elements are factors in the progress the country has made since the 1980s. 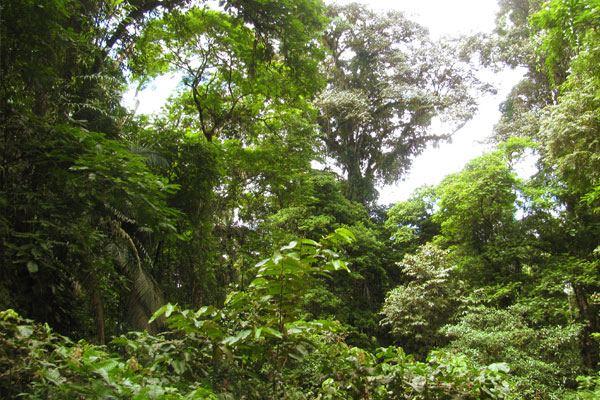 To fully experience Costa Rica’s story as a conservation pioneer, CRIBC attendees not only met with Dr. de la Rosa, but also birded with expert guides at La Selva Biological Station and Selva Verde Reserve, attended a talk by Willy Pineda, a Costa Rican biologist, and learned about the Sarapiqui Conservation Learning Center and its role in connecting community members to conservation initiatives.

Most participants knew the stats from the start: 27% of Costa Rica’s land is protected by law. But there’s more work to be done: these national parks and preserves are largely isolated from each other, which puts a limit on the extent to which species can migrate freely for food and reproduction.  Research centers like La Selva Biological Station and OTS are turning their attention to these “biological corridors” to interconnect protected areas and support species migration.

But there’s a challenge in converting commercial land into protected land: primarily, commercial land is owned by rural farmers who are not wealthy, and whose livelihoods depend on the financial profitability of their land.  Land has monetary value in the economic market, which allows many families to put food on the table every night.  Local landowners are justifiably reluctant to risk diminishing the economic viability of their land.

As a result, environmental scientists work with negotiation and education as a solution, as they connect with local landowners and work together to set up initiatives that are beneficial both economically and ecologically. These discussions and collaborations are vital to changing the value of the forest, while simultaneously structuring worthwhile investment in “natural capital.”

Ecotourism and the value of land

The rise of the tourism industry in Costa Rica has turned out to be a fertile ground for sustainable development. Because of Costa Rica’s rich biodiversity, nature-conscious travelers were already coming to the country, often for professional research or scientific study.  Even hobby naturalists, like birders, were more likely to venture into remote natural areas to spot target species. In fact, many of the attendees at CRIBC recounted their own nature-seeking travels through Costa Rica in the 1980s and 1990s, for both academia and personal interest. Like many others, they were already invested in preserving Costa Rica’s landscape, and willing to spend their money accordingly.

It was fitting, then, that CRIBC was hosted at Selva Verde Lodge, as it serves as an embodiment of this narrative: in 1982, Giovanna Holbrook was traveling with a group of naturalists from the National Aviary when she encountered a 500-acre tract of land for sale.  Facing the likelihood that it would be sold for logging or agriculture, Giovanna sprang into action and purchased the property to ensure its preservation for future generations.

Part of the San Juan-La Selva Biological Corridor, Selva Verde continues today with the goal of sustainably accommodating nature lovers amid Costa Rica’s rich beauty, while simultaneously contributing to its positive growth.  The Lodge also works with the SCLC and OTS nearby, to connect international travelers to the local community and educate them about conservation in Costa Rica. “When I think of the role of Mesoamerican women in research and conservation, Giovanna and Andrea Holbrook come to mind,” Dr. de la Rosa told CRIBC participants. “They are businesswomen who have a passion for conservation, and that’s rare.”

The future of conservation and ecotourism 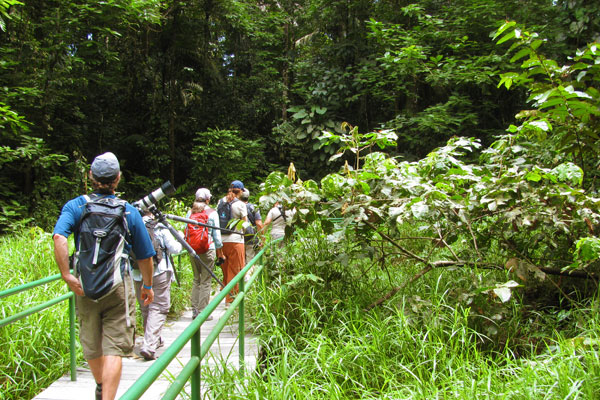 As the story of conservation in Costa Rica unfolded at CRIBC, it became clear that traveling to Costa Rica and participating in environmentally sustainable projects continues to change the narrative of conservation in the country.  When ecotourism demonstrates reliable gains in profitability, the landscape of business, science, economics, and agriculture shifts further to support new initiatives, and pushes Costa Rica even more to the forefront of environmental leadership.

It can be daunting to think of climate change, its global impact, and how slow progress can be to change not only a situation but the minds and financial systems behind it. But Costa Rica’s trajectory from the 1980s to today injects some hope into the movement. During CRIBC’s nature hike at La Selva Biological Station, the local guide made sure to point out to participants that several lush, tree-dense areas were actually open pastures a mere 30 years prior. In a fraction of a lifetime, nature has proven that it’s up for the challenge – as long as humans provide support to match the pace.